11 elephants survived the ordeal by fleeing to the sanctuary of a near – impenetrable tangle of trees and creepers known as Harvey Bush.  Today the Addo Elephant Park is home to a wide range of South Africa’s wildlife.  It houses more than 450 elephants, Cape Buffalo and Black Rhino.  Antelope abound in the park: among them eland, kudu, red hartebeest, common duiker and grysbok.  At night, the bushveld comes alive with black backed jackal, bush pig or aardvark.  Less conspicuous among the inhabitants is the flightless dung beetle, found almost exclusively to Addo Elephant National Park.

These beautiful creatures roam 120 000ha of diverse valley-bushveld.  The vegetation boasts spekbok, guarri and acacia (to name a few) which are home to about 250 species of birds including ostriches, hawks, finches and francolins.

SANParks has plans for Addo to become, eventually, a mega park of 3600km²; this will include the recently added marine protected area encompassing the rippled barrier of the Alexandria dunes – largest coastal dunefield in the southern hemisphere – Bird and Seal islands. Addo will in turn become South Africa’s fourth largest national park, after Kruger, Kgalagadi and St Lucia.

The park is at its best when you gaze from the vehicle hypnotised by the breathtaking sunsets with a weaving tapestry of trunks moving through the bush while the acrid scent of Elephants drifts through the air reminding you that this is indeed, Africa! 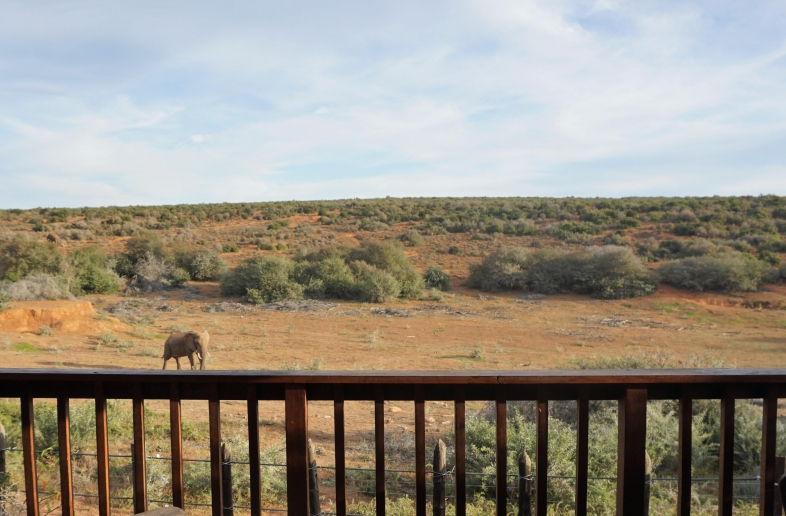