The massive chain of heights called the Drakensberg (the ‘Dragon’s Mountain’)is the most splendid and prominent segment of the Great Escarpment, a sequence of ranges that runs down, across and then up Southern Africa’s U-shaped perimeter rather like a gigantic horseshoe, dividing the narrow coastal plain from the subcontinent’s high interior plateau. The sequence is at its loftiest in the kingdom of Lesotho, where it is known as the Maluti Mountains, but in visual terms is most spectacular in the east, where the heights plunge, almost sheer, a full 2000m to the green and pleasant countryside of the Natal midlands.

Geographically speaking the Drakensberg is a young mountain range, formed barely 150 million years ago by seismic conversions that covered the sandstone plains with gigantic deposits of basalt lava. The ‘wall’ so created – 200km wide, 4000m above sea level – was then, over the millennia, eroded by river and rain, elements that carved the deep ravines and sculpted the Drakensberg’s remarkable fantasia of buttresses, dragon-tooth ridges, cliffs, caves, ledges and balancing rocks. The peaks and massifs have evocative names such as The Amphitheatre, The Sentinel, Mont-aux-Sources, Devil’s Tooth, Champagne Castle, Cathkin Peak, Giant’s Castle, Cathedral Peak and The Organ Pipes. To climbers they are a magnificent challenge and to the ordinary visitor they represent the ultimate in grandeur.

The Drakensberg has a lot to offer the holidaymaker. Those drawn to the gentle foothills where a large number of resort hotels have been established come for relaxation in a casual and sociable environment, fresh, clean mountain air, rambles and hikes and horseback rides, the trout in the streams and the animals in the reserves. Of the latter, two are especially notable: the Royal Natal National Park, an 8000ha wilderness of unparalleled scenic beauty, and the Giant’s Castle nature reserve, which sprawls over 35 000 ha of rugged mountain terrain famed for its bird life (among its resident raptors are martial, crowned and snake eagles and lappet faced, hooded, white back, Cape and beared vultures). Both these parks are graced by some of the region’s finest ‘galleries’ of the Bushman (San) paintings. 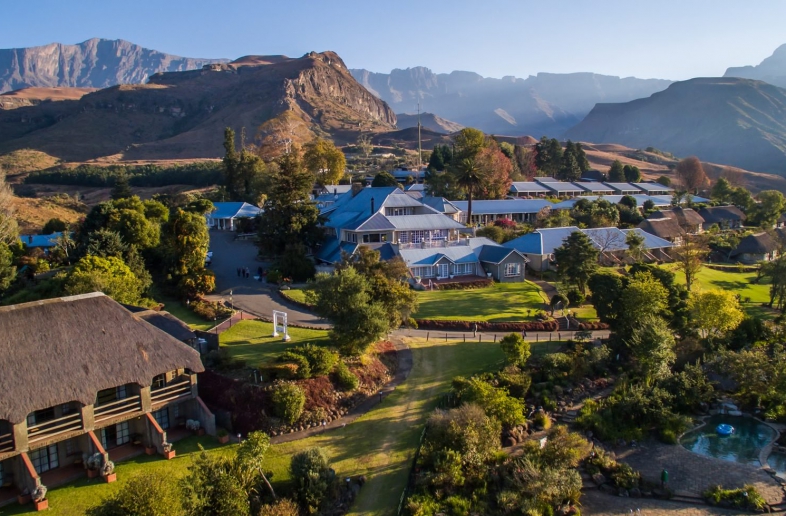 Nestled in the unspoiled surroundings of the Drakensberg mountain range (a World Heritage Site) lies Cathedral Peak Hotel, one of South Africa’s premier resort hotels. Just 250 kilometres from Durban and 400 kilometres from Johannesburg, this destination is within reach for any wanderer keen on the less beaten path. 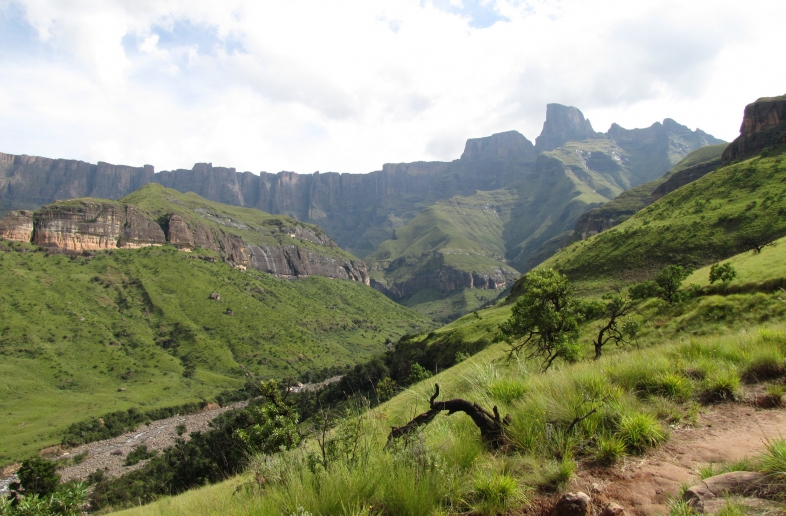 Stunning views over the Sani Pass