Although it is usually dry, in a good rainy season it floods and becomes home to many waterbird, including tens of thousands of flamingoes that feed on the blue green algae of the pan. Huge herds of animals dot the plains and gather at the many varied water holes, the dust devils and mirages, and terrain that changes from densley wooded thickets to wide-open spaces and from white salt-encrusted pans to blond grasslands.

Etosha meaning ‘Great White Place’ takes its name from a vast depression that was a deep inland lake 12 million years ago. The white clay pan, also know as the ‘Place of Mirages’, covers nearly 25% of the park’s surface.

Etosha is abundant with game, including the Big Five, large and small, fierce and gentle, beautiful and ugly. But one of Etosha’s main attractions is not the number of animals that you can see, more than 114 species, but how easily you can see them.

The animals have drunk for decades at the natural springs that surround the edges of the pan. The Namutoni area and the two Okeviwater holes – Klein Namutoni and Kalkheuwel – probably provide the best changes to see leopards. The blackface impala, native to Etosha, one of the rarest of antelopes and an endangered species.

The real secret to game-watching in the park is to settle in at one of the many water holes, most of which are on the southern edges of the pan, and wait. Each water hole has its own unique personality and characteristics. Even if the hole is small and deep, like Ombikam on the western side, you’ll be amazed at what may arrive.

The plains, where you are likely to spot cheetahs, are also home to huge herds of springbok and wildebeest, and you may see silhouettes of giraffes as they cross the skyline in stately procession. Eland, Africa’s largest antelope, black and white rhinos, lions, jackal, to name just a few, of the game that flood Etosha’s land. Beside the numerous amount of game, the bird life is not to be overlooked, with more than 340 dazzling varieties of birds to view.

There are more than 40 water holes, with Rietfontein, Okaukuejo, Goas, Halali, Klein Namutoni and Chudob regarded as the best for game-viewing and most certainly a photographers canvas. 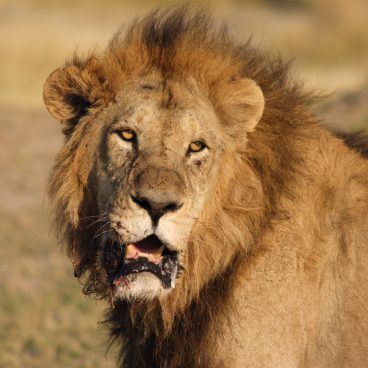 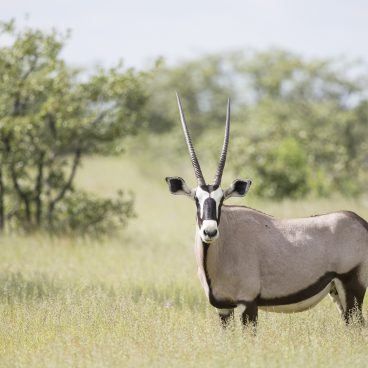 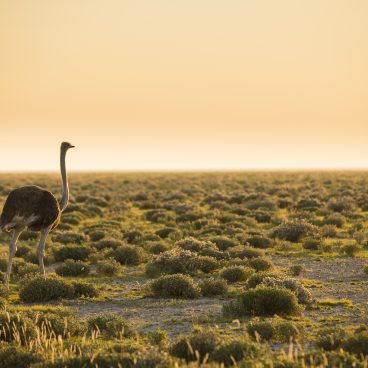 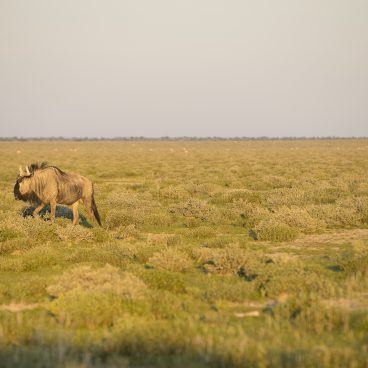 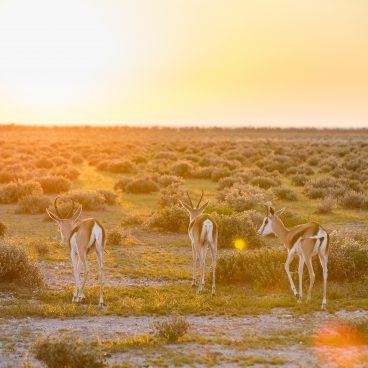 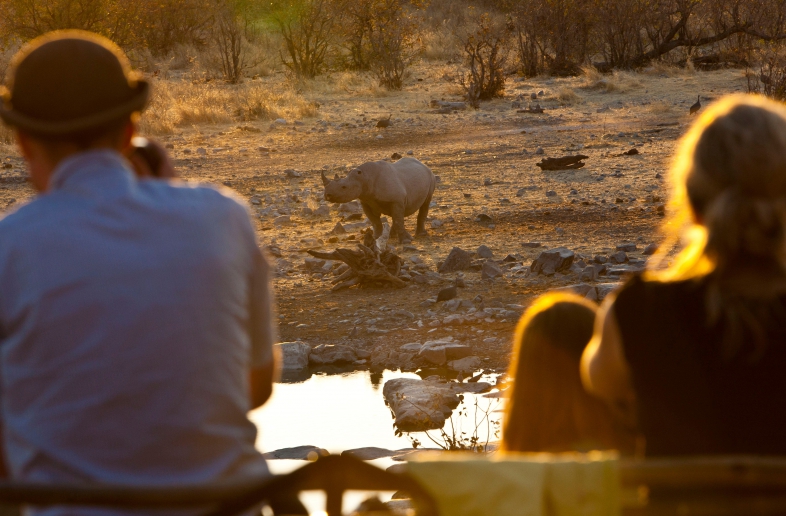 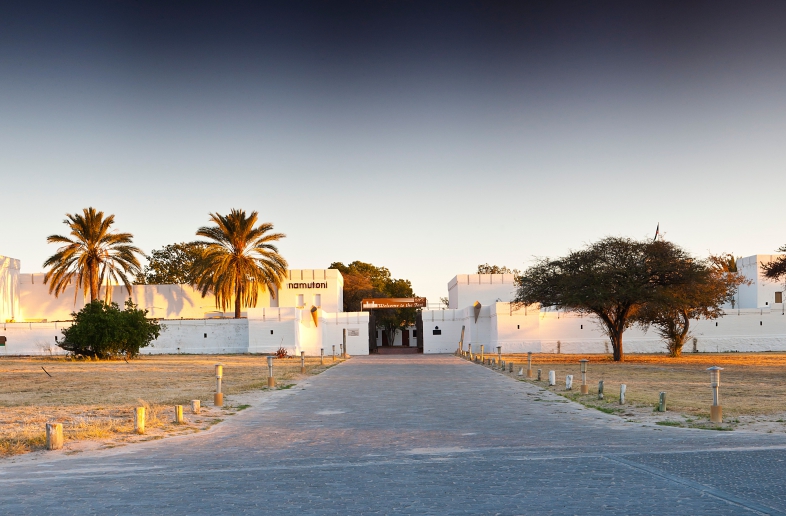 An ideal base camp for exploring Etosha National Park. 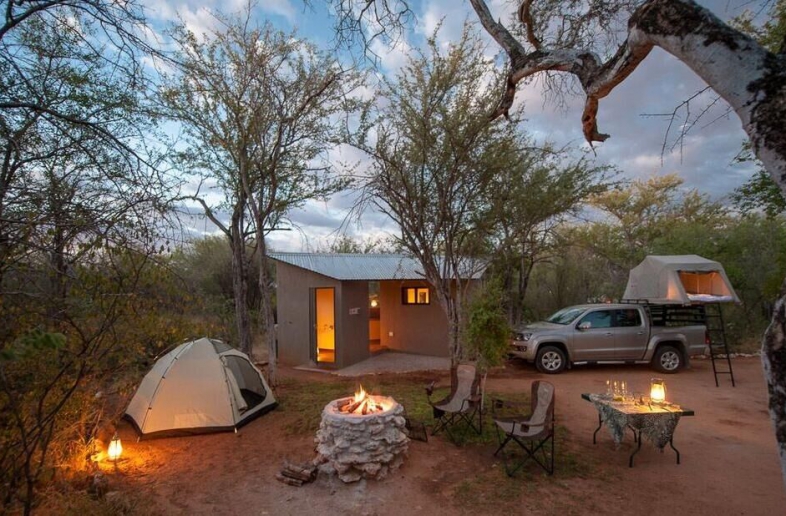 A luxurious campsite in the Onguma-Reserve 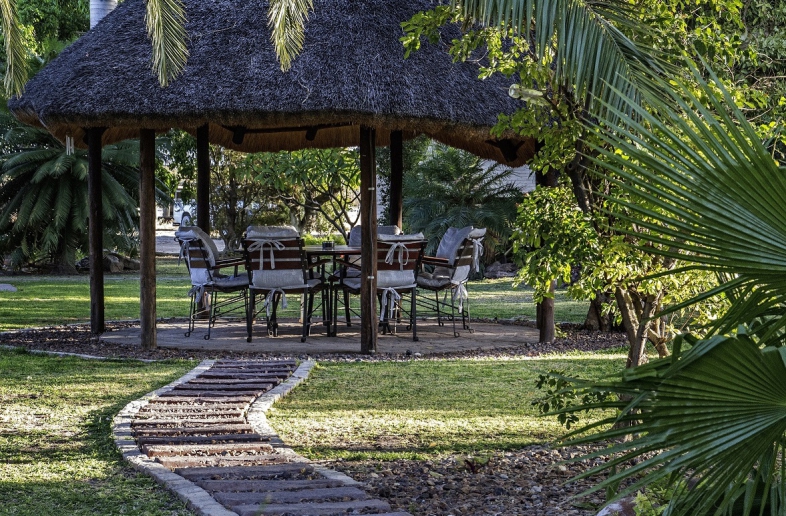 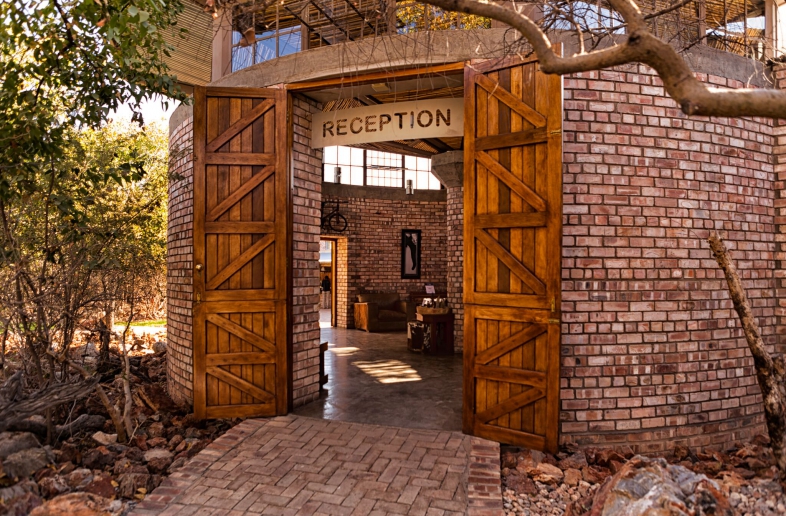 Comfortable accommodation in a private reserve near Etosha 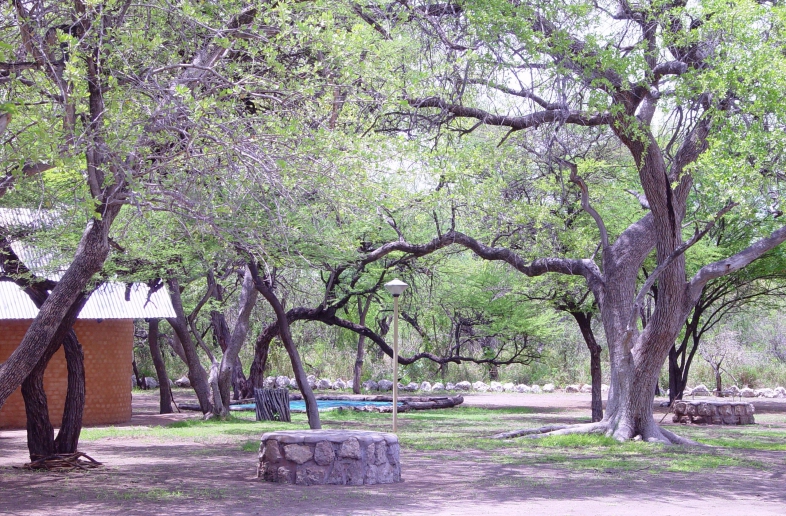 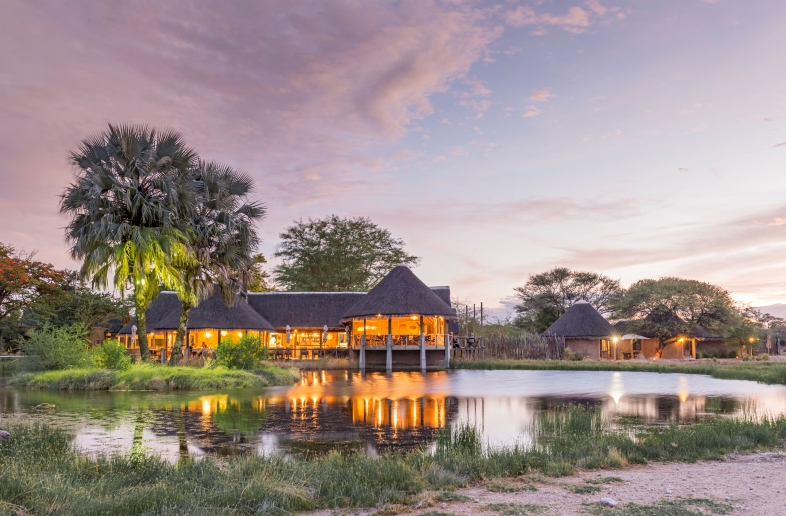 Luxurious rooms near a big waterhole 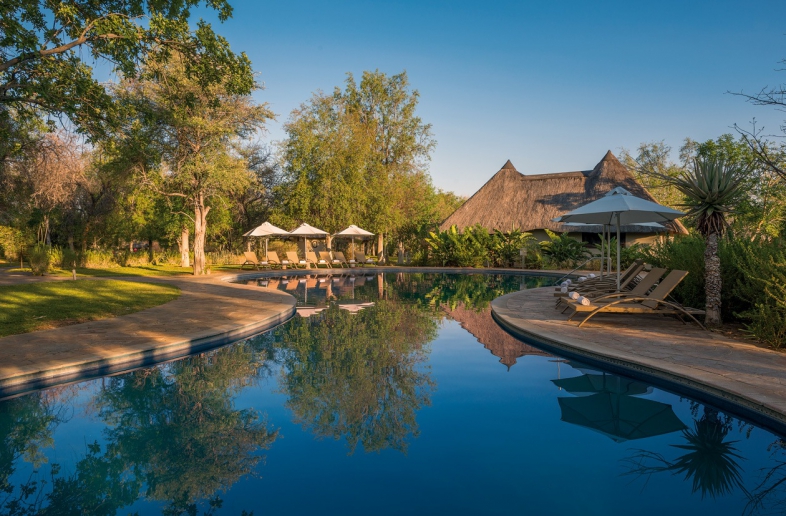 Luxurious lodge near the east entrance of Etosha National Park 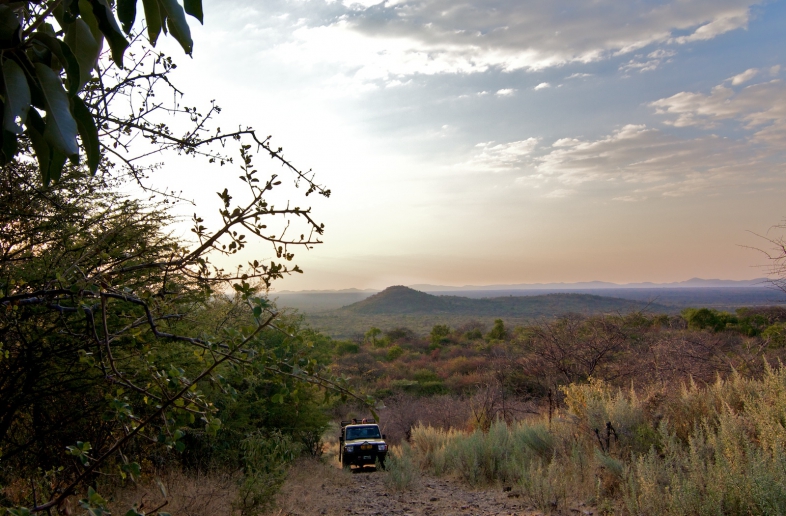 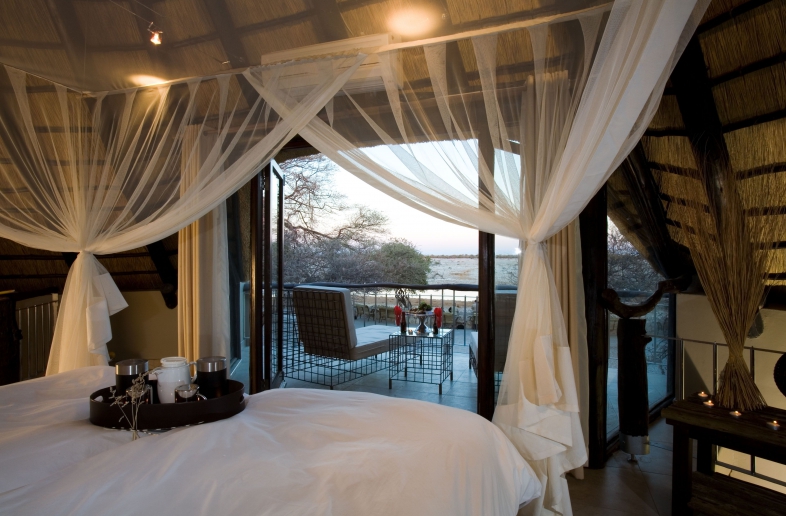 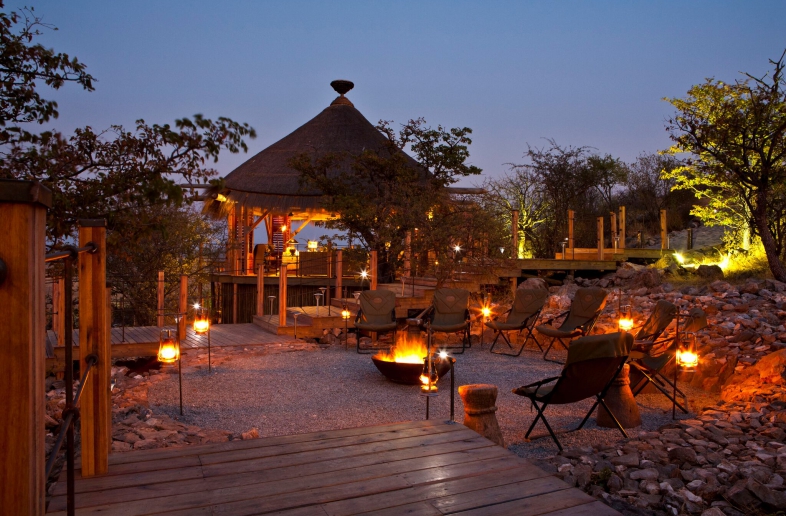 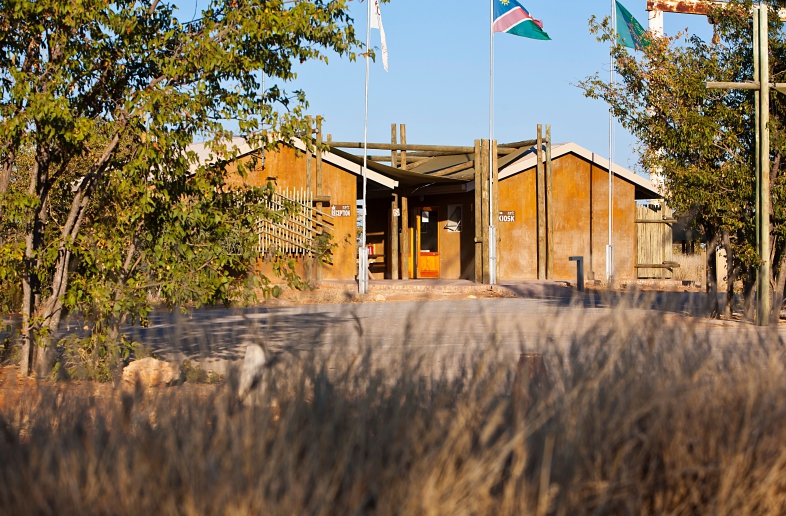 An old fort at the entrace of Etosha National Park 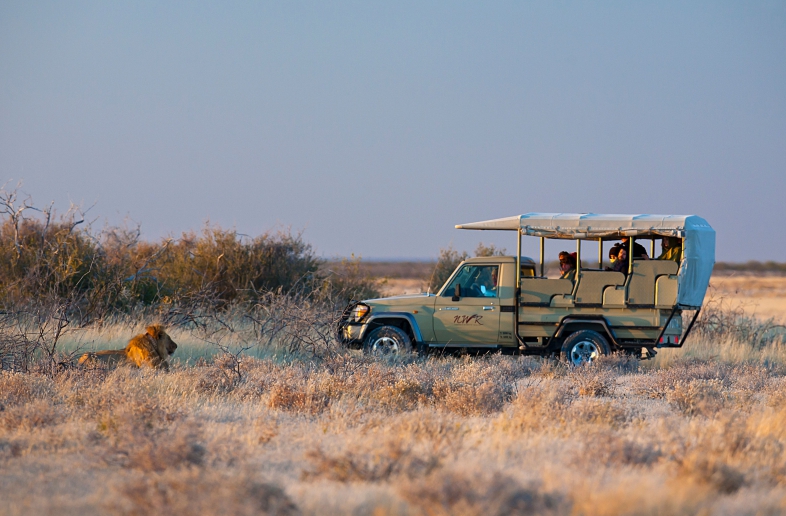 Campsite of Okaukuejo with the famous water hole